(CNN)When we released “Weed” in 2013, few people had ever heard of cannabidiol, or CBD. Now, two-thirds of Americans are familiar with the compound, and 1 in 7 have tried it. Most of the country, 93%, are in favor of medical marijuana and hemp-derived CBD itself, which has less than 0.3% THC, has been legalized in every state.

It’s not just public perception. The science over the last six years has grown by leaps and bounds, as well. Epidiolex, a pharmaceutical-grade CBD oil, went through clinical trials and is being prescribed for thousands of patients with seizures. The founder of GW Pharmaceuticals, the maker of Epidiolex, told me they are now developing cannabis medications for everything from autism to anxiety.
The lives of characters we introduced you to in “Weed” have completely changed, as well. The Stanley brothers of Colorado — who literally bet the farm on CBD and couldn’t even afford a reliable car six years ago — now grow CBD on 800 acres in three states and have a marijuana empire worth an estimated $2 billion.

And Charlotte, sweet Charlotte Figi. Soon after birth, she started having seizures. By age 3, she was having 300 seizures a week, despite having tried more than half a dozen medications. Her mother, Paige, worried her daughter would stop breathing one day or go into cardiac arrest. Charlotte was not expected to live past her 8th birthday.

Today, she’s 12, and has only two or three seizures a month, despite being off all of her other seizure medications. The only thing she takes is a CBD oil, called Charlotte’s Web. She represents countless patients who are alive today because of this plant, and this plant alone.
For many in the medical marijuana community, these last few years have been the realization of a dream they never really believed was possible. But, there is a funny thing about dreams. As beautiful as they are, they are often fragile and ready to tear at the seams.
Here is where the cannabis story took an awkward, ill-conceived and sometimes ugly turn. 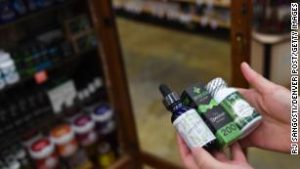 Last year, in a single moment, the legislation around CBD, a non-psychoactive component of cannabis, changed. With the passage of the Farm Bill, hemp, defined as any cannabis plant with 0.3% THC or less, became legal to grow, sell, and consume. For the cannabis community, it was like suddenly drinking from a fire hose in the middle of a drought. One day, it was taboo wrapped in decades of stigma, and now it is sold at the corner store.
There are CBD-infused oils, mints, cheeseburgers, vitamin waters, shampoos and even sportswear. Most of this stuff couldn’t possibly offer the human body any benefit. Without the respect of being treated like the medicine it is, or reasonable regulation when it is purchased as a supplement, CBD has been hijacked by unscrupulous actors peddling crooked, corrupt and contaminated products. They’re making a quick buck and disappearing into the ether without a trace.
It was really discouraging to see the results of a recent study in the medical journal JAMA where researchers analyzed 84 CBD products from 31 companies and found 69% were mislabeled. Some of the products had no CBD at all, some had too much CBD, some too much THC. 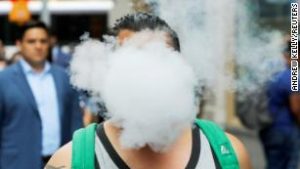 Others studies showed that some CBD products contained dangerous synthetics that have been responsible for outbreaks of illness all over the country. The legitimate vendors of CBD, who took the time to ensure consistency, safety and quality, are now sadly lumped together with the dishonest and dodgy ones, leaving the consumer confused about where to turn.
The general attitude we have long heard from CBD consumers is they think the product “might help, can’t hurt, why not.” But, when you can’t even count on the authenticity or safety of the product you are buying, that is no longer the case.
In our latest investigation, “Weed 5: The CBD Craze,” we take you on board the cannabis rocket ship, that shot us from a barren wasteland of prohibition to the Wild West of the CBD craze, and we reveal exactly how we got here. We also provide a roadmap to help you navigate the landscape of CBD, including understanding how to read a “certificate of analysis” and determining what is legal and what isn’t.

A story of facts, not faith 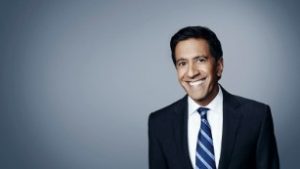 With the release of my first “Weed” documentary and op-ed in 2013, some say I became an advocate for medical marijuana. At first I recoiled. To me and my journalist friends and colleagues, “advocacy” can be a dirty word. No doubt, it is sometimes necessary, to champion causes that would otherwise get little attention. To some, however, advocacy implies a certain lack of objectivity, a blind faith. Is that what happened with “Weed”?
There’s one thing I can’t stress enough: The core story of cannabis has never required me or anyone else to follow blindly. With medical marijuana, you aren’t asked to sacrifice your objectivity or your skepticism. You too will discover it if you diligently study the evidence from all over the world, spend days in the lab to really understand the cannabis molecules — and visit patients whose lives truly depend on it.
The real story of cannabis has always been rooted in facts, not faith. 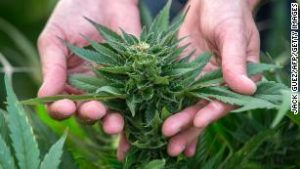 With the series of “Weed,” films, I wanted to shine a light on what would have been obvious, if people had taken the time to look. Echo chambers exist, even in the world of science. I wanted to show you that these chambers can grow bigger and louder with each generation that neglects to challenge them. For too long, the real story of cannabis was drowned out in those echo chambers. Marijuana was preordained as having “no currently accepted medical use and a high potential for abuse” despite plenty of evidence to the contrary. My team and I wanted you to hear the other side, the voices that had been drowned out by decades of this noise.

Over the last six years, I have continued to read constantly, discuss the latest scientific developments with researchers and spend hours with patients to really understand their experience with cannabis as a medication. Through it all, however, there has been something else nagging at me.
I realized that CBD has become such a convenient political narrative, so easy to rally behind. Maybe too easy.
Indeed, CBD alone doesn’t make you high. You don’t have to smoke it. And the people it has helped the most are little kids like Charlotte. But that was never supposed to be the entire story. After all, “Weed” wasn’t just about CBD, it was about weed, the entire cannabis plant, comprised of hundreds of potentially therapeutic ingredients. And yes, one of those is THC, which to this day remains demonized with the rest of the cannabis plant as a federally illegal (Schedule 1) substance, even though it too has shown promise as an effective medicine.
We are in an age of wisdom, but also an age of foolishness. We have made great strides with medical marijuana, but we’ve also repeated some of the same mistakes that led cannabis to be vilified and misunderstood in the first place. Hype and echo chambers are never a friend to science or clear-eyed thinking.
Make no mistake: Cannabis is a medicine. Over the last six years, through countless articles and essays, and now five documentary films, my team and I have made that case and we have provided the proof. At times, it can heal when nothing else can. Denying people this substance represents a moral issue just as much as a medical one.
I have always let science and facts lead the way. That isn’t advocacy; that is speaking truth to power. But yes, when you are certain of the evidence and people’s lives depend on it, then shout it from the rooftops, trumpet it loudly in medical conferences and make sure the world knows. If being called an advocate means you took the time to faithfully learn the issues, allowed yourself to change and even admit where you were wrong, then I will proudly own the title and honorably wear the badge.
Source : https://edition.cnn.com/2019/09/27/health/weed-5-cbd-craze-gupta/index.html