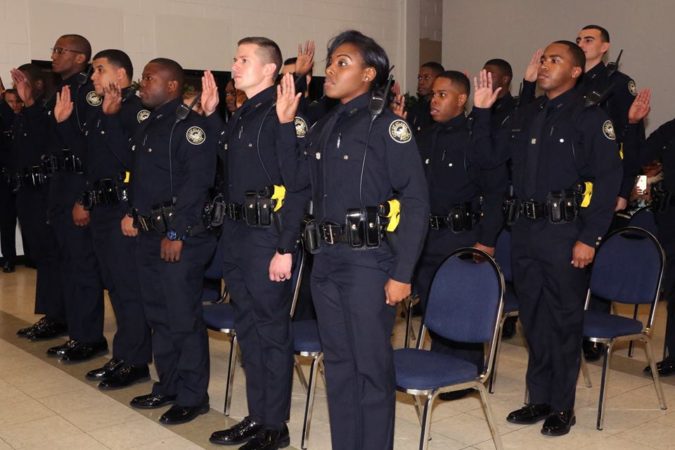 In a surprisingly progressive move, the Atlanta Police Department announced that potential recruits will no longer be rejected for admitting that they have used cannabis in the past. In fact, the question regarding cannabis consumption has been completely removed from the department’s applicant pre-screening questionnaire.

Until recently, applicants were asked if they had consumed cannabis at any time in the last two years. According to the old policy, if the applicant answered ‘yes’ to that question, he or she was automatically rejected.

While seemingly groundbreaking for a department in a state where cannabis has not yet been legalized, the city’s police chief made clear this shift in policy does not give current Atlanta police officers the green light to start smoking marijuana. An applicant’s previous use of cannabis may no longer come into question, but active officers still may not consume the plant in any form.

“The use of, and attitude toward, both medical and recreational marijuana in the United States is rapidly evolving,” said Carlos Campos, the Atlanta Police Department’s director of public affairs.

“We’re not concerned so much that you used marijuana in the past, but you cannot work here as a police officer and use it,” continued Campos. “You cannot smoke marijuana if you’re an Atlanta police officer. Period. End of story.”

The motivation behind the shift in policy comes from needing to attract more high-quality recruits, according to the announcement made by Chief Erika Shields. The Atlanta Police Department has seen a decline in applicants who are able to make it beyond the drug use screening in recent years. Before the policy reform, up to 60 percent of applicants had been rejected for answering ‘yes’ to the cannabis use question.

“Given the reality of this landscape, the Atlanta Police Department is increasingly encountering young applicants who are admitting to marijuana use, a question we have traditionally used to screen potential officers,” said Campos. “The result is that we are eliminating candidates who are otherwise qualified to become police officers.”

“We have to be practical about this, so that’s the change that we made,” said chief Shields after announcing the policy change. “Hopefully we’ll see it offset some of the numbers.” 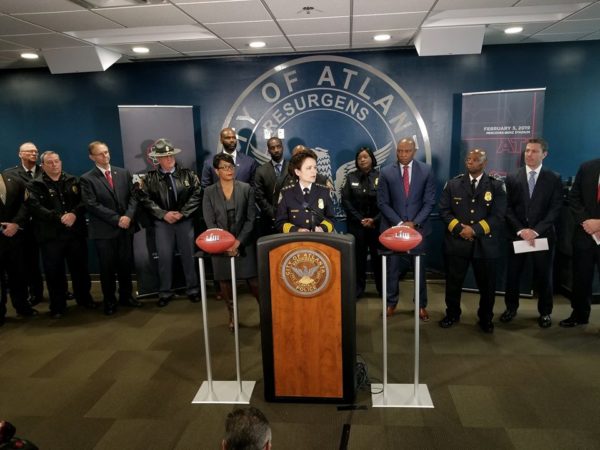 Removing the cannabis screening from the hiring process isn’t the only thing the department is doing in an effort to attract more qualified applicants. They’re also offering more money. The starting salary for rookie officers in Atlanta was recently raised, and newly sworn in Atlanta police officers can expect to make $48,500.

The department has been sharing recruitment ads on its Facebook page which read, “JOIN THE ELITE APD: Looking for a fresh start in a law enforcement career? The Atlanta Police Department is hiring for police officers and we have competitive new salaries with starting officer pay beginning at $48,500.”

Higher pay and past drug use forgiveness aside, new recruits and veteran officers alike can expect to be drug tested. According to the Atlanta Police Department, there will be an increase in random drug testing to weed out officers who do not follow the law.

The department is hoping to fill 350 vacancies as soon as possible, and they expect the recent policy changes to make all the difference.

While the state of Georgia may be slow moving when it comes to cannabis policy reform, the capital city of Atlanta continues to be progressive. The possession of up to one ounce of cannabis was decriminalized in Fulton County in October 2017. Instead of facing up to six months in jail and up to $1,000 in fines, the penalty for personal possession is now just a citation with a maximum fine of up to $75.