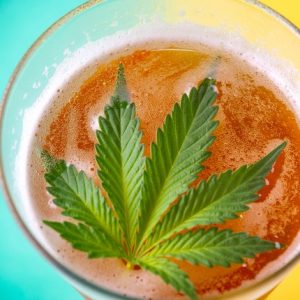 What impact does cannabis legalization have on the use of other substances by college students?

How has cannabis legalization influenced the use of other substances by college students? A recent study out of Oregon State University (OSU) aimed to find out.

Several earlier reports have shown a decrease in opioid use and overdoses in states that legalized recreational cannabis use, as well as decreases in binge drinking and fatal traffic accidents related to alcohol use. In the OSU study, researchers analyzed data from almost 900,000 students between 2008 and 2018, comparing states that had legalized recreational use and those that had not.

The most significant results had to do with binge drinking. Students in legal recreational use states were 6% less likely to binge drink compared to those in non-legal states. Additionally, the longer a state had been legal, the more significant the reduction in binge drinking. This was particularly true for students 21 or older. Given that 21 is the age for legal cannabis consumption in the eleven recreational states and the District of Columbia, this suggests that many students are legally substituting cannabis for alcohol when it’s legal for them to do so.

The positive social impacts of legalization are becoming clearer, and the physiological effects of cannabis could be playing an important role. Cannabis has been shown to mitigate alcohol toxicity due to its anti-inflammatory effects. It has also been shown to reduce the urge to drink. Binge drinking can cause neurodegeneration — the death of brain cells — in parts of the brain associated with memory and perception.

A handful of preclinical studies have demonstrated how cannabidiol (CBD) could protect the brain from alcohol-induced damage. For example, a 2005 report in the Journal of Experimental Therapy showed that CBD injected into rodents reduced neurodegeneration by 60%. The authors suggested that CBD’s antioxidant properties could be responsible for the protection.

And in a 2013 study, University of Kentucky researchers examined the effects of transdermal CBD in a rodent model of binge drinking. The strongest CBD gel formulation reduced neurodegenerative effects by nearly 50%.

So, it appears that cannabis not only reduces binge drinking frequency merely by legalizing access to the herb — it may also reduce the damage alcohol inflicts on our health.

Interestingly, the Oregon researchers did not detect any statistically significant impact of legal cannabis consumption on opioid use. This could have to do with different reasons that people use opiates. Some students might smoke the poppy sap for relaxation, while others use opioids to treat acute pain.

OSU scientists also did not find an association between the legalization of recreational cannabis and the use of illicit drugs — one more strike against the bogus theory that cannabis is a gateway drug.