Is CBD oil good for you? Bad for you? Something in between? What are the side effects of CBD oil? 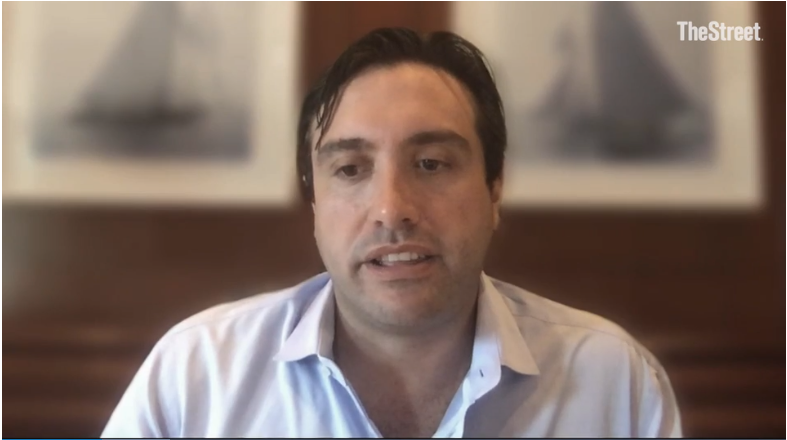 Cannabidiol, or CBD oil, is an extract from the cannabis plant. It has boomed in the wake of the legalized marijuana movement, now that businesses can grow and sell the substance freely in several states.

Advocates market CBD oil typically as a health supplement, and they do so comprehensively. It has started showing up everywhere from web banners to smoothie shops. While it has few recreational properties, CBD oil’s boom in recent years is through the quasi-medical field. Like turmeric, ginseng and tinctures, CBD oil promises to ease a wide variety of ailments without the invasiveness of pharmaceutical drugs.

The question is… what is it really doing to you?

Cannabidiol is one of the two active ingredients in marijuana, but on its own is not enough to get you high. It can, though, help you feel better under the right circumstances.

While doctors and researchers take CBD oil’s role in medicine seriously, much of its profile has been raised by salesmen who make extravagant promises that no medicine (no less supplement) could hope to fulfill.

Some CBD oil salesmen promise that their product can cure everything from anxiety to cancer. They cram it into every product that can soak up a liquid, including gummies, shampoo, toothpastes and even pills for your cat. In the low-water mark for any “medical” supplement, you can now buy it at many juice bars and coffee shops as an additive that can somehow take your banana-strawberry smoothie to 11.

All of which is a shame, because this associates CBD oil with the bottomless deceit that is the world of medical supplements. Yet the substance has some early promise. As noted on Harvard Medical School’s website, CBD oil has some evidence linking it to treatment for epilepsy, seizures, chronic pain and arthritis.

There isn’t enough evidence to say that the oil definitely does help with these things, nor that simply cramming some in a milkshake will do the slightest bit of good, just that doctors are optimistic about their research. For more information on the medicine of CBD oil, see our article here.

What Are the Side Effects?

That’s how CBD oil might help. But can it hurt? Usually, no. It is generally not habit-forming, and most side effects are minor.

According to a report by the World Health Organization, “CBD appears to have little effect on conditioned place preference or intracranial self-stimulation… [It] exhibits no effects indicative of any abuse or dependence potential.”

“To date, there is no evidence of public health related problems associated with the use of pure CBD.”

In other words, there is no evidence at the moment that CBD oil tends to be either physically or psychologically habit forming.

Dangerous Side Effects of CBD Oil

There are some known real risks to CBD oil, however. Be absolutely certain to consult a doctor before using CBD oil if any of the below apply to you.

• It can lower your blood pressure and interact with medication.

Mostly, CBD oil is benign. Its side effects might leave you feeling unwell for a little while, but they will pass. But this is a medication, even if it is marketed carelessly, and that means it can have a powerful effect on your body.

CBD oil can act as a blood thinner and in doing so it can lower your blood pressure. For someone who has issues with blood pressure this can pose very real risks.

It can also interact with medications through “the exact same mechanism that grapefruit juice does,” according to an article on the Harvard health blog. While rarely a significant concern, on certain medications these interactions can be harmful or even deadly, according to the FDA. If you have blood pressure issues, are taking prescription drugs or have ever been warned about ingesting fruit juice, citrus or fermented products, consult your doctor before touching CBD oil.

• It can make Parkinson’s disease worse.

Some research indicates that CBD oil can exacerbate the symptoms of Parkinson’s Disease. This research is ongoing, but patients should avoid the product until more definitive results come out.

Mild Side Effects of CBD Oil

Most of the side effects of CBD oil are moderate. Unless you fall into one of the specific categories above, the odds are that this is a generally benign product with limited negative consequences, according to one research paper. Most of those include:

• It can cause nausea and general sickness.

Nausea and gastrointestinal issues are a pretty common side effect of CBD oil. This can lead to vomiting, diarrhea, dizziness and other symptoms associated with a digestive problem (think how you would feel after eating something that disagreed with you). In part, some people simply don’t digest CBD oil well. This is not uncommon with oils and supplements.

However, this is also often caused by the fact that this is an unregulated supplement. There are no standards for dosage and safe measurement, so it’s quite possible that you could get an amount far in excess of what your body can handle. At this point, your body will simply flush it out. Unpleasantly.

• It can cause drowsiness and light-headedness.

This side effect should come as no surprise. Doctors have long looked at cannabis as a treatment for sleep disorders, and CBD oil is no exception. Putting you to sleep is a feature, not a bug. Just don’t be surprised if your CBD latte doesn’t pack the caffeine punch you expected.

• It can cause loss of appetite and dry mouth.

Ironically, perhaps, for a cannabis product, CBD oil has been linked to loss of appetite in some people. Along with dry mouth, it can simply leave you feeling unpleasant after ingesting. As with most other side effects, this will pass in time.

Like all things marijuana, the legal status of CBD oil is ambiguous and highly state-dependent. While many states have legalized it for production and sale, this still violates federal law. The Department of Justice has currently decided not to prosecute individuals for possession and sale of marijuana products in states where this is legal, but that’s a discretionary act.

Once again this gets complicated. When extracted from cannabis, CBD oil counts as a marijuana product. However, in some cases growers can produce CBD oil from hemp. The 2018 Agriculture Improvement Act made this form of CBD oil production legal under federal law.

Cannabis-extract CBD oil is typically legal in states that have also legalized recreational marijuana, however its status is usually complicated.

CBD oil in all forms is regulated as a medical supplement, because this is typically how it is advertised. As a result, only five states currently have no significant restrictions on its sale and consumption. Every other state has either restricted it through marijuana laws or limits the sale of CBD oil in some form, whether through food and drink regulation, medical regulation or other forms of restriction.

In short, there’s a different answer for this question for every single state. Make sure to research the laws of your state carefully, and for more information check out our article here.

Like most supplements, CBD oil rarely does what it promises. It does have some early medical potential, and doctors may prescribe it for patients at risk of seizure or with inflammatory issues. However, as an over-the-counter oil or when infused into a snack cake it probably won’t do you much good. You may see some benefits in connection with CBD oil’s anti-anxiety or sleep aid properties, but the odds are that any real improvements are largely psychosomatic.

Still, if it works for you there’s probably no harm in it either. Unless you fall into one of the specific categories listed above, CBD oil’s side effects are generally mild and of limited duration. Like with all medical changes, alert your doctor if you begin taking it regularly, but otherwise it will probably do neither harm nor good.