“Literally overnight, you’re seeing CBD all around you and in everything,” said Troy Dayton, CEO of The Arcview Group, an Oakland, California-based cannabis investment and research firm. “This is a product that is going from relative obscurity to being on everyone’s mind: producers, consumers and especially entrepreneurs.

“The CBD floodgates opened after President Donald Trump signed the Farm Bill into law in December. Among other things, the bill legalized the production of hemp, which contains high levels of cannabidiol, or CBD. CBD is non-psychoactive, meaning it won’t get you high. (THC, or tetrahydrocannabinol, is the chemical in cannabis that does that.) Instead, CBD is marketed for everything from helping to relieve pain and inflammation to reducing stress and anxiety.

Yet, the Food & Drug Administration still hasn’t decided how to regulate CBD products. In a recent interviewwith Brookings Institution, outgoing FDA commissioner Scott Gottlieb said it could take several years before the agency fully legalizes CBD for use in food products and dietary supplements.

So far, little clinical research has been conducted to prove CBD’s effectiveness. Last year, the FDA approved the first drug containing CBD for the treatment of certain forms of epilepsy, but no other drugs have been approved since.

Dayton cautions that there’s also a lack of standardization in terms of recommended doses and quality control.

“As exciting as this is, it gives rise to some challenges,” he says. “Standardization and testing are important. Otherwise, it’s hard to differentiate hype from reality in terms of determining the efficacy of CBD products.” 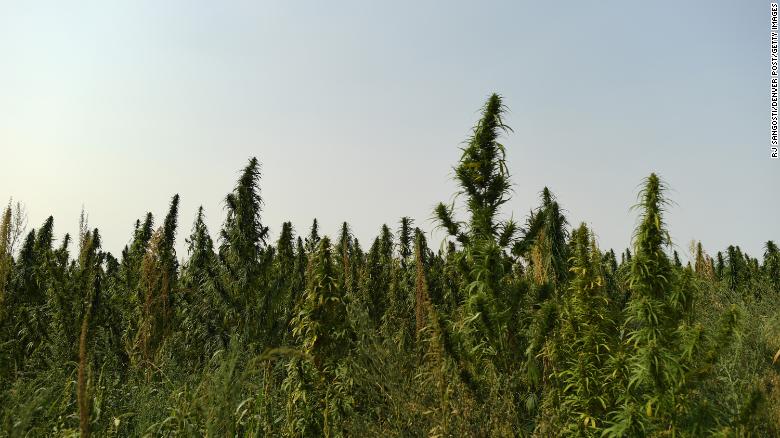 A hemp farm in Colorado.

A lack of access to banking remains another hurdle.

“We’ve talked to clients who are still struggling to find a bank willing to work with them and we’ve spoken with banks and credit unions who want to support the hemp industry, but still feel there is considerable risk attached to the CBD industry,” says Evan Eneman, CEO of MGO\ELLO National Cannabis Alliance, a financial and tax advisory service for the cannabis industry. “Both sides want clear, actionable banking guidelines from the federal government.”

Despite these roadblocks, the Arcview Group projects sales of CBD products will outpace legal marijuana sales in the United States in five years. Here are some of the entrepreneurs hoping to cash in.

‘We want customers to trust our products’

“For us, 2018 is the year when so many of our big problems started to go away,” says Chase Terwilliger, CEO of Denver-based Balanced Health Botanicals.

Before the Farm Bill passed, many banks and payment processing companies refused to work with his company.

“We had accounts at many large banks and they all shut us down,” he says. “Now, banks and credit card processing companies are calling constantly to lend us money.”

Founded as CBDistillery in 2015, the company initially sold pure, hemp-derived CBD extract in powders that could be added to food and beverages or mixed in with oils and lotions.

Sales have soared as the business has expanded its portfolio to include oils, tinctures, capsules and gummies. In 2016, the firm logged $200,000 in sales, he said. Last year, annual revenue was $41 million and Terwilliger projects sales will double to $80 million by the end of this year.

“We’ve now grown to 101 employees, our products are sold in all 50 states and I have 20 open positions in Denver to fill,” he says.

Terwilliger says he’s trying to navigate the CBD industry landscape responsibly. He says the company tests each product at three separate labs to make sure they meet standards, such as ensuring THC levels do not exceed 0.3%, (as mandated by federal law) and the products don’t contain contaminants like heavy metals.

“We’re doing this voluntarily because there is a lack of standardization in the CBD industry and we want consumers to trust our products,” he says.

Soon after Katherine, Alison and Juliana Ragusa launched their Lab to Beauty line of CBD-infused face washes, masks and moisturizers, it was being stocked on the shelves at high-end retail chain Barneys New York.

The sisters, who started developing the line early last year, already had in-house expertise on creating and marketing beauty products through their family business, The Advantage Co., which manages a portfolio of beauty, fashion and jewelry brands and restaurants. They worked directly with hemp farmers to source the CBD and with Advantage Co.’s lab and scientists to formulate the products. 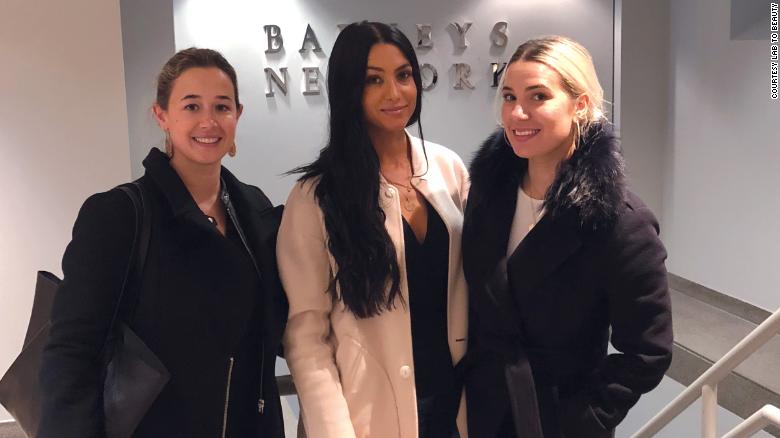 Katherine, Alison and Juliana Ragusa, co-founders of Lab to Beauty.

By summer, after they had tested the products with a third party lab, they sent samples to Barneys’ beauty team. 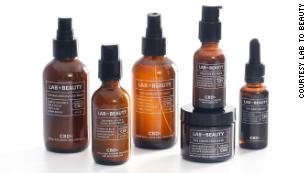 Jennifer Miles, Barneys’ senior vice president, divisional merchandise manager, cosmetics, says the department store chain had been looking for a CBD skincare line. She says Barneys is trying to address customers’ misconceptions around CBD “as it is becoming more mainstream and customers are learning about the benefits, and how to add these products to their wellness routine.”

The line of eight products is now sold in seven Barneys locations, including its stores in New York, Chicago and Beverly Hills and on Barneys.com.

“The response has been tremendous. Barneys sold out of some of the products online, but we have now replenished the supplies,” says Katherine.

A market for mints, pets and beyond

College friends, Tim Moxey and Chris Abbott, launched BotanicaSeattle in 2012 with a line of cannabis-infused chocolates. Since then, they’ve added Mr. Moxey’s CBD Mints, and a line of CBD products for pets called Austin & Kat that includes biscuits and oils they claim can provide pain relief and calm anxiety in dogs, cats and other animals.

Last year, the company logged about $7 million in sales and Moxey expects sales to hit $20 million at the end of this year.

But getting to this point has required winning over consumers and building trust. 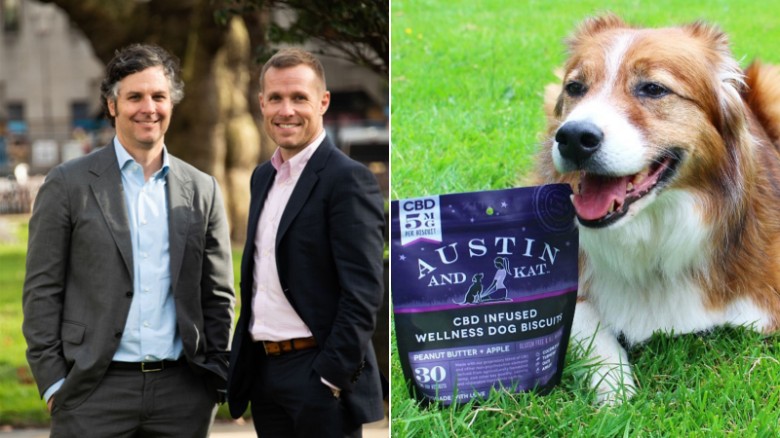 [From left to right] Tim Moxey and Chris Abbott of BotanicaSeattle. A dog poses with Austin & Kat CBD biscuits.

“We’ve chatted with customers who purchased other products they found on the internet and felt they were duped because those products didn’t contain the stated amount of CBD, or contained trace amounts of THC,” says Moxey. “Pushing to build trust and transparency is difficult in this industry where there are so many dishonest companies entering the market every day.”

He hopes the FDA will move quickly to establish quality control guidelines.

Moxey says the company has several new CBD products in the pipeline, including topical solutions and other pet products.

“As we educate people about our products and as research continues, our long-term goal is to make products that bring the cannabis plant into people’s lives in a meaningful way,” he says.

These hemp farmers are making a killing on the CBD industry

CBD is non-psychoactive, meaning it won't get you high. (THC, or tetrahydrocannabinol, is the chemical…

‘It was a no brainer’: Bubba Watson on using CBD products in golf

2020 could be a defining year for the cannabis industry

New York (CNN Business)2019 was a momentous year for the cannabis industry: Hemp-derived CBD had…