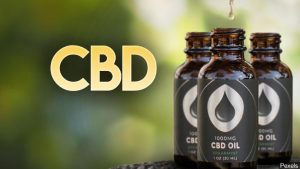 On Tuesday, Ohio Gov. Mike DeWine signed a bill legalizing the farming of hemp and the sale of CBD products in the state. (Photo Source: Pexels / MGN)

PORTSMOUTH, Ohio (WSAZ) — Wesley Scherer’s son loves to play music at their local church, but his autism and ADHD can sometimes leave him feeling overstimulated.

“He’s very hyperactive and he has really bad stage fright,” he said.

To fight off feelings of anxiety, the Scherer family has turned to a natural solution: CBD oil.

“It’s definitely relaxing. It’s not like a substance that gets you high, but it does relax your body,” Scherer said.

On Tuesday, Ohio Gov. Mike DeWine signed a bill legalizing the farming of hemp and the sale of CBD products in the state, which could have a big impact on families like the Scherers.

They first had their son try taking CBD before a performance at church.

“He did really good practicing and going in and meeting new people, but then when it came time for the whole church audience to be there he kind of freaked out a little,” Scherer said.

But after using the oil, their son was able to relax and enjoy himself.

“So about 30 minutes before we gave him a couple drips and he went in and he was fine — like he looked at the camera and waved at us and everything,” he said.

CBD is created from hemp, which only contains trace amounts of THC, a psychoactive ingredient. Many use CBD for chronic illnesses because it has a therapeutic effect.

“Customers that come in and they’ll get CBD for their children that have issues all the way up to their grandmother that has issues,” said David Vest, manager at GVapor in Portsmouth.

“There’s heroin everywhere, there’s meth everywhere. I’m an ex-addict myself. I mean our entire county’s ate up with it,” he said.

With the new law in place, he’s hoping others will reap the benefits of CBD.

Before farmers can start planting, the Ohio Department of Agriculture has to create rules for growing hemp.